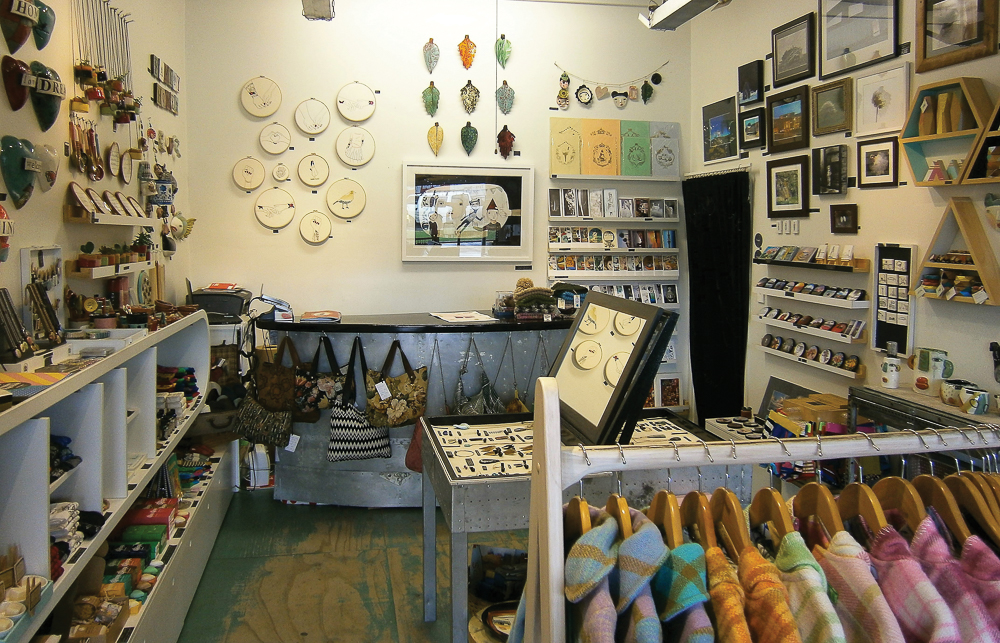 How would you describe Jet Collective?

Jet Collective is a long standing space on the main street of Raglan. It is owned and operated by Jo Sweeny, Karla Stevenson, Jillian Lankshear, Jessie Galloway, Sarah Steed and Hayley Hamilton, a group of local creatives who make and sell their own work in the gallery. The tiny little gallery also sells work on behalf of other NZ makers and crafts peoples.

How and when did it start?

Jet was started in 2001 by an eclectic group of locals who wanted a shared space to showcase and sell the work they were making.

It was an inspired vision that has changed members over the years but has remained true to the original concept of a collective for local creatives.

How does it function as a collective?

It’s a pretty simple idea really, everything is shared. From the wallspace, the working hours, the ideas, the choosing of stockists, window displays and of course the bills!

We run the shop ourselves, each working a day and a percentage of all collective members sales and stockists profit goes straight back into running Jet. It is a very effective way of running a business in today’s climate.

What are the benefits of coming together as artists?

The result is we get to sell our work with very low commission and meet the people that are buying our work. We all have a shared goal and the focus is on helping each other to succeed. It’s a very supportive environment for us to bounce ideas around, and share each others visions, success’ and sometimes failures!

What can we expect to find in Jet this Summer?

This summer our wee Jet is jam-packed full of gorgeous NZ made work. The best selling items at the moment are God Jocks for men and women – amazing knickers made with off cuts from the clothing industry and the Ethique range of hair and body products, totally plastic free. The positive feedback has been quite overwhelming.