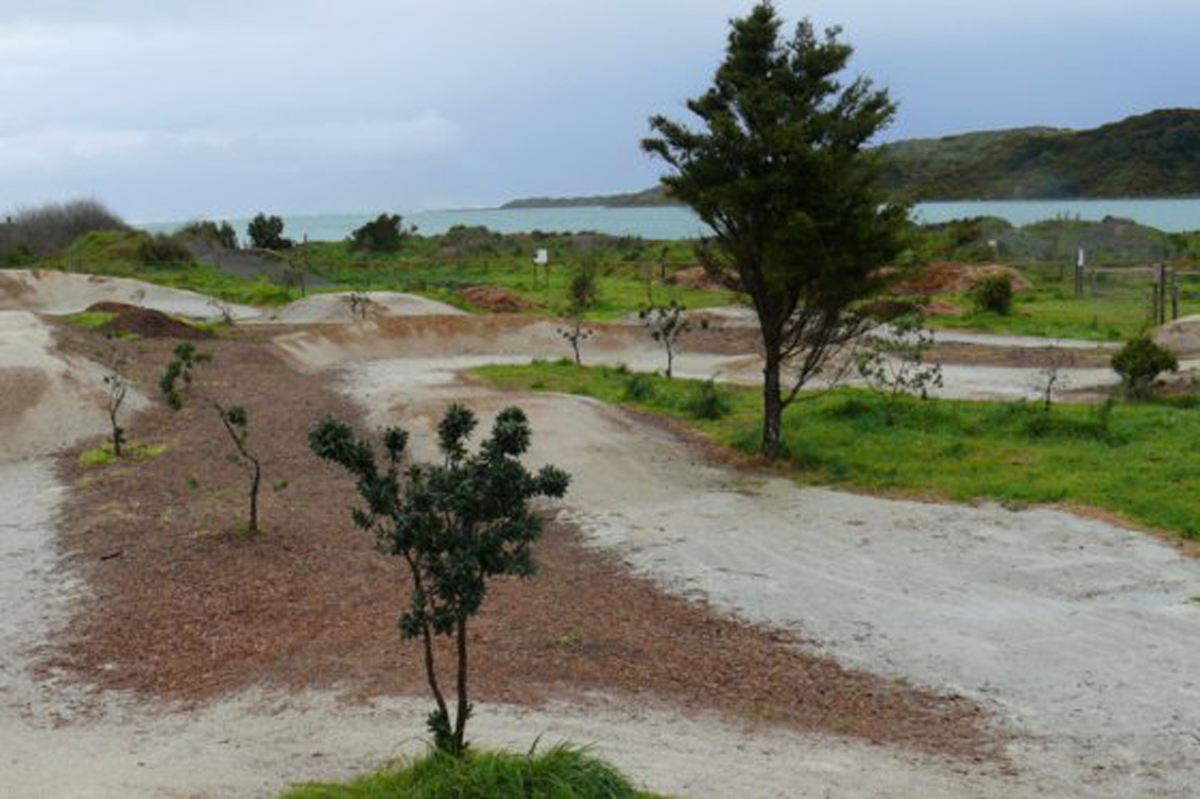 Raglan’s Te Kopua BMX track is to be replaced with an $80,000 pump track, to be built by Empire of Dirt next year.

Raglan Kopua Holiday Park Board chairman Colin Chung said the old dirt BMX track, which was built in 2012, needed a lot of repair work every year – the new pump track, which is being funded by the board, would be made of raised asphalt and designed for riders of all abilities.

A pump track is a series of rollers, berms and jumps that allow riders to continuously pump the terrain to maintain speed without pedalling.

The pump track would take up less space then the BMX track, and be sited adjacent to the skate park.

“It’s an excellent year round facility to complement the skate park.”

World-class track builders Empire of Dirt also constructed the Kakariki Mountainbike Trail in the pine forest in Wainui Reserve, which was officially opened on December 3.

In other changes at Te Kopua Reserve, the fitness parcourse has been closed because it did not meet new health and safety standards.

Mr Chung said the board would look at installing an alternative fitness course after seeking input from user groups.

Rob and Mary Clark resigned earlier this month after running the campground for 14 years.

Previous assistant manager Jo Hamblyn will be the acting manager for the summer, with Haven Tahere stepping up to the support role.

Mr Chung said the Clarks “helped build and guide the growth of the campground”.

He said the campground would be in good hands for summer.

“I think Jo and Haven will do a good job. They have the experience, ability and personality to run the park well over the summer.”