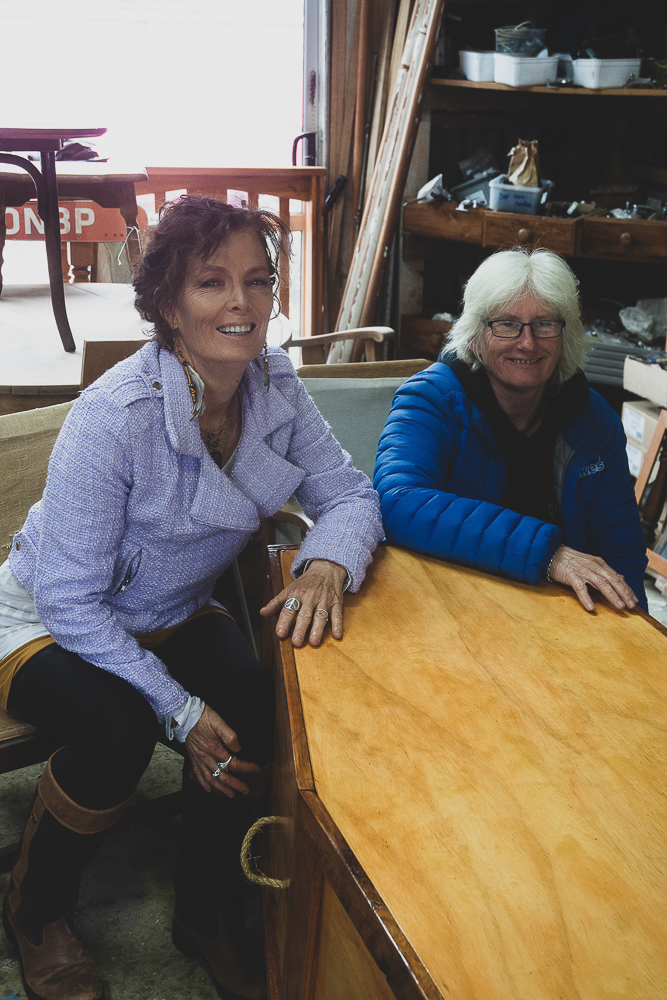 Death is not an easy subject to talk about but increasingly people are wanting to take control of their final send off.

Whaingaroa Coffin Club founders Gail McJorrow and Deb King hope to provide a space for good conversations about death and dying while custom-making coffins at a fraction of the cost.

“Although the savings are significant,  you cannot put a price on the therapeutic healing and cathartic act of making a casket that sustains you going forward in your grieving process,” Gail says.

One of the biggest ticket items at a funeral, a coffin costs anywhere from $2000 to $10,000; a big expense for something that ends up in ashes or covered in dirt.

For around $350, coffin club members get to make and decorate a coffin that reflects who they are in life.

“One gentleman at the Katikati Coffin Club made his to resemble a snooker table and his wife even crocheted the pockets. Another lady painted a dreamcatcher on her coffin lid and the family loves it so much they have asked to keep it after the funeral,” Gail says.

Natural burials are on the rise in New Zealand appealing to people wanting to have minimal impact on the environment in death.

And Deb, who works at Xtreme Zero Waste’s Wood Yard, reckons Raglan is the ideal place for a coffin club.

“The whole DIY, doing things on a shoestring and thinking environmentally is so Raglan,” she says.

The pair say the coffin club opens up discussion on dying and planning a funeral that is often seen as taboo.

At the time of death and without a funeral plan from the deceased, families are too busy grieving to make informed choice about how they want their loved one to be buried.

From what you might wear, will you be embalmed to will you have a funeral director, a hearse and will you be at home, are all topics that find a safe space at the club.

Gail, a home funeral guide and publisher of funeral guide Better Send Off, says coffin clubs are far from morbid, drawing people from all ages to chat about life and death.

“No-one likes to mention the D word, but if you accept that we are all going to die by proxy you live well,” Gail says.

Anyone can join coffin club and making your own coffin is not a membership requirement, Gail and Deb hope family members might see this as an opportunity to honour their elderly family member with a personalised coffin.

No building skill is required at the start as the members will work on a ply template that is pre-cut ready for assembling.

Coffin Club was first established in Rotorua in 2010 by former palliative care nurse Katie Williams. There are now around a dozen coffin clubs in both the North and South Island and more starting up overseas, including Australia and the United States.

The first Whaingaroa Coffin Club meeting is at the Raglan Old School Arts Centre on Monday, July 13 at 1pm and the first coffin making session at Xtreme Zero Waste’s Wood Yard on Friday, July 24 at 1pm. 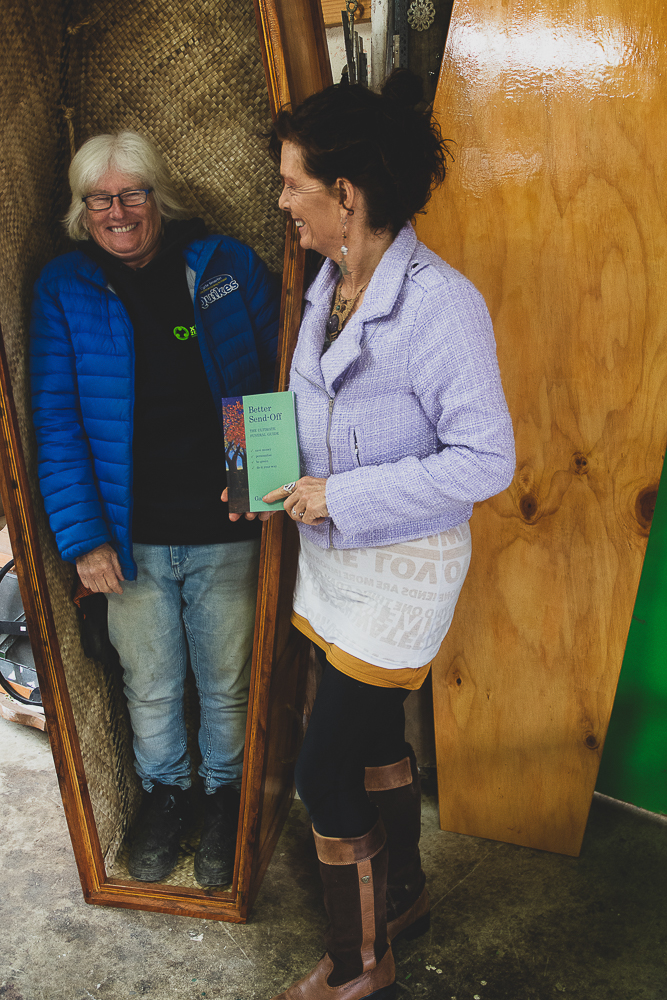