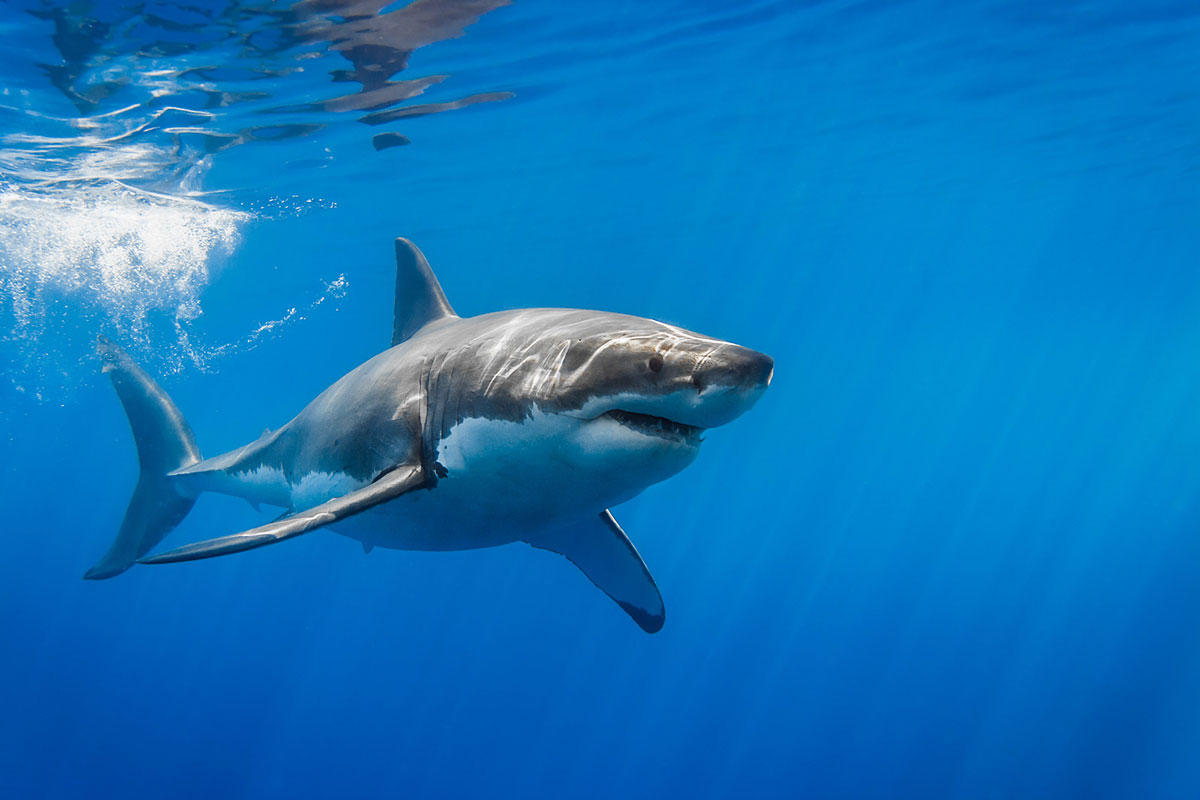 It’s no joke! A 12-foot great white shark was certainly seen in the Raglan Harbour over Anniversary weekend as hundreds of people flocked to the water to swim on that rare sunny Sunday.

Raglan Sportfishing Club president Sheryl Hart says she got home to a very excited message on her answering machine from someone wanting to warn everyone, but it’s a fact that great white sharks regularly frequent Raglan.

She knows someone who sonically tags great whites and one that was tagged in the Kaipara Harbour is “in and out of Raglan like no tomorrow”.

“They come into the harbour to pup.” And Great Whites can have up to 10 pups in a litter.

“It’s their water. They regularly come in. Has anyone been attacked? No!

The story about the sighting has been generating chatter on Raglan Notice board.

Sheryl says if the Anniversary Weekend visitor was 12 foot long then that makes him a still juvenile, with a penchant for mullet and flounder over human flesh. A fully-grown great white is about 15-feet, she estimates.

“Do we get excited about it? I don’t think so.

“You are not their preferred food… unless it’s a huge great white, then they might like you for food.”

The shark rolled over and flashed his teeth, “there was no mistaking what it was”.

“I couldn’t weigh it on the scales,” says Sheryl. A truck weigh station was used instead.

Other shark visitors to Raglan include bronze whalers – they also breed in the harbour.

Sheryl has weighed one caught in Raglan that was 220kg.

“I remember some years ago they sited some sharks from the bridge.”

That was some 30 years ago but there is not reason to think that they are still not around, she says.

“If you had x-ray vision and could see what was down there you would probably never go in the water again.”